When it comes to film and television legends in Colorado, Sonny Hutchison and Duke Hartman take the cake. Just ask the Cake Boss himself, Buddy Valastro, whom they helped put on the map with his hit TV show.

Along with fellow local media veteran Jim Berger, the men co-founded High Noon Entertainment in 1997. The trio had roots in the Denver television business producing everything from news and local commercials to corporate videos and documentaries, but decided to take advantage of the thirst for long-form programming after working on several series’ for the Discovery Channel.

In the past 20 years, High Noon has become a media powerhouse in Colorado, creating well-known cable programs including Fixer Upper, Cake Boss, Dr. Dee and Good Bones and has been a key part of growing the state’s production industry which now includes Orion and Citizen Pictures.

“In Colorado, we have access to skilled, passionate, and creative cameramen and reporters who were working in local television, but who were looking for a kinder, gentler way to continue doing what they love in a place that inspires them,” said Sonny Hutchison, Chief Administrative Officer at High Noon. “They came to us and we were able to teach them the ropes of long form programming, entertainment storytelling, and how to collaborate with network clients.”

Given the nature of the film and production industry, many of High Noon’s 150 employees are contract or freelancer workers. According to Hutchison, when a production ends at one company, freelancers can move onto other projects at other local production companies working in the state.

While High Noon has evolved to have permanent locations in New York City and Los Angeles, as well as productions across the nation, they’ll always call Colorado home.

“All three of us were transplants to Colorado in the late 70s, early 80s, but we were all deeply attached to the state by the time we started High Noon,” said Duke Hartman, Chief Operating Officer. “Honestly the thought of starting the business anywhere else wasn’t a part of the conversation.”

Hartman added that Colorado is where they do all their casting, writing, editing and post production. Even though the majority of networks are in New York City and Los Angeles and productions take place worldwide, cultivating and maintaining the relationships with network executives and getting to and from locations has been relatively easy thanks to Denver International Airport.

The company’s current 30,000-square-foot headquarters, while larger than most newsrooms, takes design inspiration from the founders’ background in local television. Half of the layout is dedicated to the editorial staff with low cubes to allow for collaboration between writers and producers and the other half for post-production of the shows. 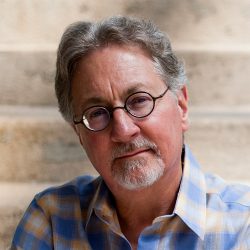